Is Your Relationship Breaking Down? 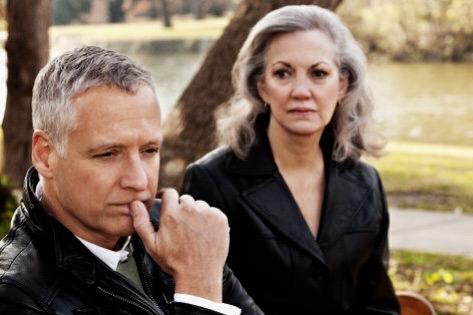 BPDFamily.com encourages couples to spot the classic pattern of relationship breakdown and take action before it goes too far.

According to Mark Dombeck, Ph.D., Director of Mental Help Net and former Assistant Professor of Psychology at Idaho State University, there is no single reason why a relationship begins to break down. However, once a relationship does start to break down, there is a predictable sequence of events that tends to occur. Highly regarded psychologist and researcher John Gottman, Ph.D. suggests that there are four stages to this sequence which he has labeled, "The Four Horsemen Of the Apocalypse".

Stage One The first stage of the breakdown process involves intractable conflict and complaints. All couples have conflicts from time to time, but some couples are able to resolve those conflicts successfully or 'agree to disagree', while others find that they are not. As we observed earlier, it is not the number or intensity of arguments that is problematic but rather whether or not resolution of those arguments is likely or possible. Couples that get into trouble find themselves in conflicts that they cannot resolve or compromise upon to both party's satisfaction. Such disagreements can be caused by any number of reasons, but might involve a clash of spousal values on core topics such as whether to have children, or how to handle money.

Frequently, couples assume that misunderstandings are at the root of their conflicts. "If my spouse really understood why I act as I do, he or she would agree with me and go along with what I want", is a commonly overheard refrain. Acting on this belief, spouses often try to resolve their conflicts by repeatedly stating and restating their respective rationals during disagreements. This strategy of repetition usually doesn't work because most of the time couple conflicts are not based on misunderstandings, but rather on real differences in values. When this is the case, stating and restating one's position is based on a mistaken premise and can only cause further upset.

Conflict by itself doesn't predict marriage problems. Some couples fight a lot but somehow never manage to lose respect for each other. Once contempt sets in, however, the marriage is on shaky ground. Feelings of contempt for one's spouse are a powerful predictor of relationship breakdown, no matter how subtlety they are displayed. In a famous study, Gottman was able to predict with over 80% accuracy the future divorces of multiple couples he and his team observed based on subtle body language cues suggesting contemptuous feelings (such as dismissive eye-rolling). Contempt doesn't have to be expressed openly for it to be hard at work rotting the foundations of one's relationship.

Stage Three Most people find conflict and contempt to be stressful and react to such conditions by entering the third stage of breakdown, characterized by partner's increasingly defensive behavior. Men in particular (but women too) become hardened by the chronicity of the ongoing conflict, and may react even more acutely during moments when conflict is most heated by becoming overwhelmed and "flooded"; a condition which is psychologically and emotionally quite painful. Over time, partners learn to expect that they are 'gridlocked'; that they cannot resolve their differences, and that any attempts at resolution will result in further overwhelm, hurt or disappointment.

Stage Four Rather than face the pain and overwhelm they expect to experience, partners who have reached this third 'defensive' stage, may progress to the forth and final stage of breakdown, characterized by a breakdown of basic trust between the partners, and increasing disengagement in the name of self-protection. Like a steam-valve in a pressure cooker, the partners start avoiding one another so as to minimize their conflicts. Gottman calls this final stage, "Stonewalling", perhaps after the image of a partner hiding behind a stone wall designed to protect him or her from further assault. Unfortunately, there is no way to love your partner when you are hiding behind a wall to protect yourself from him or her.

The "four horsemen" breakdown sequence plays out amongst the backdrop of partner compatibility. Basically compatible partners may demonstrate a whole lot of conflict, but they don't often become contemptuous and angry with their partners, because there are by definition few things that they will disagree upon. In contrast, partners who start out with incompatible goals, values or dreams are far more likely to get into seemingly irresolvable conflicts. Also, once the process of contempt, defensiveness and avoidance begins, small incompatibilities can become magnified as spouses pursue other interests as an alternative to conflict.