Maybe She Did the Best She Could Do 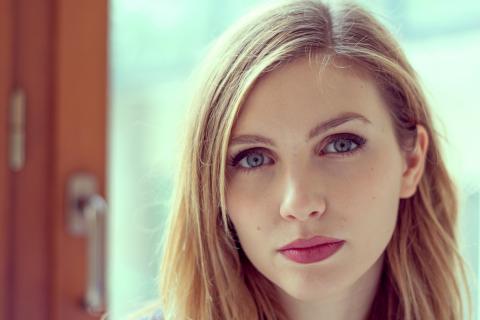 "Maybe it’s healthier to assume that she did the best she could, rather than to stoke my resentment that she could have done better."

I made the connection in a single moment. One day, while helping my friend “Nancy,” who had a diagnosis of Borderline Personality Disorder, I realized my mother (who died in 1995) exhibited many of the same symptoms that Nancy did: fear of abandonment, black-and-white thinking, dysphoria, mood swings, anger, and so on.

In Augusten Burroughs’ memoir about his father, A Wolf at the Table, he said, "Something in my head clicked. It was a mechanical sensation, like one gear fitting into another. And then it was as if a small amount of pressure were relieved. . . "

I had never associated my mom’s behavior with mental illness. The disorder gave me a handle on our difficult relationship. The more I read about BPD, the more it seemed my mother was finally being explained to me. Learning about a real mental illness—a chaotic and unpredictable one—helped me, at last, explain my mom’s irrational and wounding behavior. My memories started to coalesce around symptoms. Finally, my life had a context. I’m now better able to accept that my mom didn't know how to be any different.

I’ve realized it’s healthier to assume she did the best she could than to stoke my resentment that she could have done better.

I’ve realized it doesn’t matter whether a harsh judgment was true, because its result was resentment and criticism. In contrast, a “she-did-the-best-she-could” attitude makes for a kinder, gentler life, for me.

No one reaches this level of acceptance in a moment, however. And you can’t do it all the time. It’s a mindset that has to be nurtured. Along the way, I’ve learned some skills and better ways of thinking. They’ve come too late for me and my mom, but they have helped me deal with other challenging friends and family members.

I’ll always bear some scars from my childhood: a nagging distrust of others, shame, regrets. But now I realize I'm not that helpless child anymore. I'm an adult now, just like my mother was. I need to understand that in the end, we were equals, as Nancy and I are. I don’t have to understand my mother, exactly. I don’t have to keep debating whether I was right or she was right.

I have realized that holding onto resentments may make me the same way.

Kathy Ewing is the author of "Missing: Coming to Terms with a Borderline Mother" (ISBN-13: 978-0996871723), a memoir. Ewing was born and raised in Northeast Ohio. She currently teaches Latin at Cleveland State University and writing at Case Western Reserve University. She has two grown children and lives in Cleveland Heights with her husband John Ewing.

The photo in the article is a stock photo, not the author.