Have Your Parents Put You at Risk for Psychopathology 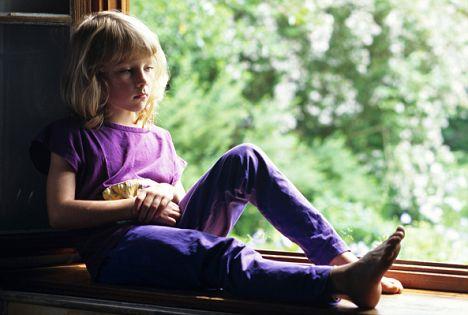 Children of mothers with Borderline Personality Disorder (BPD) are a disadvantaged group of children that are at risk for future psychopathology.  Crandell et al. (1997) demonstrated that, for these children, attachment status is not completely stable.

Some children are able to resolve early traumatic experiences and are able to obtain an ‘earned secure’ attachment status in adulthood. Adults with an earned secure status function comparably to adults who had secure attachment status as children (Crandell et al, 1997). These findings hold great promises for the prognosis of children of mothers with BPD. With adequate attention and intervention, there is hope that children of mothers with BPD will overcome the risks associated with this maternal psychopathology.

Mothers with BPD are characterized by a history of broken relationships and marked instability in multiple domains of their lives. It is anticipated that the characteristic behaviors of BPD will infiltrate the mother-child relationship as much as it interferes with other relationships.

Characteristic symptoms of Borderline Personality Disorder are likely to hinder the ability of a mother with BPD to parent effectively, thereby negatively affecting the social and emotional development of the child.

Likewise, people with BPD often cross interpersonal boundaries and role expectations. Many people with BPD, for instance, will be empathic towards, and care for, other people only under the expectation that the other person will “be there” for them on demand (APA, 2000). Many habitually make impractical claims that others are not “there” enough and make unrealistic demands for amount of time spent together. They often inappropriately respond with intense anger to even brief separations or slight changes in plans (APA, 2000).

Concomitantly, a mother with BPD tends to treat the child as a “need gratifying object” as opposed to an individual, an autonomous person. Such behaviors, mixed with the powerful, alternating idealization and devaluation characteristic of BPD, are likely to obviate a positive mother-child relationship and negatively affect the child’s developing interpersonal skills and sense of self.

Moreover, effective parenting by the mother with BPD is compromised by instability in her sense of her own self. Overall, those with BPD maintain a negative self-image and feelings of worthlessness. It is also typical for adults with BPD to make abrupt changes in aspirations, vocation, sexual identity and values (APA, 2000). Since it is through the unique relationship with the mother that the infant develops a sense of self, this distorted, unpredictable, and fluctuating self image of the mother is likely to have negative effects on the child’s own self image.

Furthermore, a mother with BPD’s inability to adequately regulate her own emotions may obstruct her ability to cope with the varying affective states of her child (New-man & Stevenson, 2005; Paris, 1999). It is common for mothers with BPD to feel anxious, estranged, confused, or overwhelmed by their infants (Hobson et al., 2005; Holman, 1985; Newman & Stevenson, 2005). When these parents get stuck in their own “defensive and entangled organization of thought” (Crandell, Fitzgerald, & Whipple, 1997, p. 250), they prevent their children from integrating certain affective experiences and behaviors.

Mothers with BPD, for instance, are characteristically volatile and have difficulty controlling intense, inappropriate anger that is often precipitated by environmental changes and/or intense abandonment fears (APA, 2000; Paris, 1999). Their strong outbursts of anger can be detrimental to the developing child, and many children of mothers with BPD are victims of verbal and/or physical abuse (Newman & Stevenson, 2005). Glickhauf-Hughes & Mehlman (1998) suggest that “a mother’s hostility, rage, and destructive behavior may be disguised as love, making it difficult for a child to trust his or her own perceptions of reality” (p. 296).

Additionally, a mother with BPD’s inability to adequately regulate her emotions causes her to inappropriately react to environmental stimuli. Her inability to regulate her emotions often yields impulsive and self-mutilating behaviors. People with BPD, for example, frequently engage in gambling, substance abuse, reckless driving, binge eating and other self-destructive behaviors. Roughly 8-10% of patients with BPD commit suicide, and an even higher percentage (roughly 70%) attempt suicide or engage in behaviors that are physically harmful (APA, 2000; Paris, 1999; Trull et al, 2003).

The psychological effects of this self-mutilating behavior on the children can be enormous. Specifically, children bereaving a parent after suicide feel immense guilt, question ‘why,’ and suffer from complicated and internal grieving (Emerson, 2003). These children feel isolated and angry, and face an increased risk of experiencing Post Traumatic Stress Disorder symptoms and other psychopathology (Cerel, Fristad, Weller, & Weller, 2000; Emerson, 2003).

Research consistently demonstrates that a parent’s adult attachment status is associated with infant attachment status (Crandell et al., 1997). Many BPD mothers’ own childhood attachments to their primary caregivers were “disorganized,” and they continue to suffer from “enmeshed” or “unresolved” attachments in adult relationships (Crandell et al., 2003; Hobson et al., 2005; Holmes, 2005). Thus, it is logical that the children of mothers with BPD display a high level of disorganization (Holmes, 2005; Lyons-Ruth & Jacobvitz, 1999). It has been found that a mother with BPD’s maladaptive childhood attachment status is passed down to the next generation through the replication of the unresolved trauma in the mother’s life (for a discussion of the extent of transmission, see Crandell et al., 1997; Crandell et al., 2003; Van IJzendoorn, 1995). In fact, the manner in which a mother reflects on past trauma in her own life is related to the quality of the relationship between the mother and her own child (Crandell et al., 1997; Van IJzendoorn, 1995). The mother with BPD’s history of childhood trauma becomes replicated in her own family through the reproduction of a maladaptive family environment and explicit parenting behaviors. Feldman, Zelkowitz, Weiss, Vogel, Heyman, & Paris (1995) discovered that families of mothers with BPD, similar to the families of origin of mothers with BPD, were significantly less cohesive, less organized and marked overall by more instability than families without borderline pathology.

Unresolved trauma, which is associated with BPD, often obstructs a mother’s ability to parent effectively. Parents who are unable to reflect back on their childhood history and integrate their experiences have a limited capacity for emotional availability to their children (Crandell & Hobson, 1999). Specifically, a mother with BPD may lack the capacity to respond appropriately to her children by projecting past material into the mother-child interaction (Crandell et al., 1997). For example, defensive splitting may interfere with the parent-child relationship via the mother with BPD’s perception of the child as either “all good,” who needs to be saved, or “all bad,” who needs to be reprimanded (Newman & Stevenson, 2005, Glickhauf-Hughes & Mehlman, 1998). Even the act of care giving itself may trigger painful memories from the mother’s history of trauma, making it very difficult for the mother with BPD to cope with the daily challenges of parenting (Main, 1995). These triggers often causes her to engage in maladaptive, “frightened/frightening” behaviors, whereby the she is both frightening to the child and frightened herself at the same time (Holmes, 2005; Hobson, et al, 2005). In this way, mothers with BPD are often classified as “high risk” parents (Newman & Stevenson, 2005), at risk of child abuse and/or drastically overprotective behaviors.

Crandell et al. (1997) empirically verified that the manner in which mothers mentally organized and accurately perceived their childhoods predicted the manner in which the mothers interacted with their children. Thus, mothers identified as having a ‘secure’ attachment in childhood interacted more fluidly and synchronistically with their children than mothers identified as ‘insecure.’ Congruently, a mother with BPD’s history of traumatic early experiences and a maladaptive attachment status results in behavioral patterns that are less supportive of child autonomy. Mothers with BPD tend to interact with their children in an “intrusively insensitive” manner (Hobson et al., 2005). These interactions may interfere with the child’s developing ability to relate to other people within the environment and yield myriad interpersonal problems for the child.

Development in Children of Mothers with Borderline Personality Disorder

The following section examines the attachment status of children raised by mothers with BPD and reviews the attachment literature in order to illuminate potential cognitive, interpersonal and affective problems in these children.

Children of mothers with BPD show a significantly higher prevalence of ‘disorganized’ attachment than children of mothers without BPD (Hobson et al., 2005). Mothers with BPD’s intrusive insensitivity, affective deregulation, confusion over role expectations, and unresolved traumatic experiences have been identified as possible precursors for this disorganization (see Van IJzendoorn et al., 1999; Hobson et al., 2005). Disorganization in children typically arises in response to recurrent stress. In the case of children of mothers with BPD, children’s disorganized responses develop out of what Main (1995) refers to as an approach-avoidant dilemma. The stress associated with borderline symptomatology (e.g., erratic or volatile behavior) causes children to simultaneously cling to and push away from their caregiver. In other words, in times of danger or stress, the child searches for the mother as a “secure base” to cling to, but in the case of a mother with BPD, it is often the mother herself who is posing the threat.

There is little known about cognitive development in children of mothers with BPD specifically, but high levels of ‘disorganized’ attachment status suggest that these children will face significant cognitive impairments. Attachment security with the primary caregiver is correlated with intellectual development and functioning of children in that responsiveness and attunement, maternal involvement, and emotional sensitivity support healthy cognitive development (see Crandell & Hobson, 1999 for a brief overview of the literature). Hence, a mother with BPD’s intrusive insensitivity and unpredictability is bound to negatively affect a child’s cognitive development.

Since children of mothers with BPD typically display a disorganized behavioral pattern and are forced to consistently cope with their mother’s borderline symptomatology (including their maladaptive interpersonal relations, repeated broken relationships, and affective deregulation), it would be expected that children of mothers with BPD would show deficits in interpersonal relatedness. While there is very minimal research in this area at present, there is evidence to suggest that infants of mothers with BPD have an alternative way of dealing with interpersonal stress than children with mothers without BPD (Crandell et al., 2003). During the ‘Strange Situation’ experimental paradigm designed to elicit secure base attachment behaviors, infants of mothers with BPD are less available for positive engagement with a stranger (Hobson et al., 2005). These infants become less satisfied from the motherchild interaction after the interpersonally stressful separation than children of parents without BPD. Crandell et al. (2003) discusses how this alternate mode of coping reflects the child’s expectation that the parent will not return to soothe the child in times of high stress.

There is also evidence to suggest that, even in middle childhood, children of mothers with BPD may display problems with interpersonal relatedness and affective regulation. Follow-up studies show that disorganized children have more difficulty engaging in ‘democratic’ play with peers at ages six and seven. These children often make executive decisions and are overall more controlling in interactions with both peers and parents. Additionally, disorganized children maintain an inability to appropriately resolve frightening situations in middle childhood years (see Holmes, 2005 for a brief overview of the research).